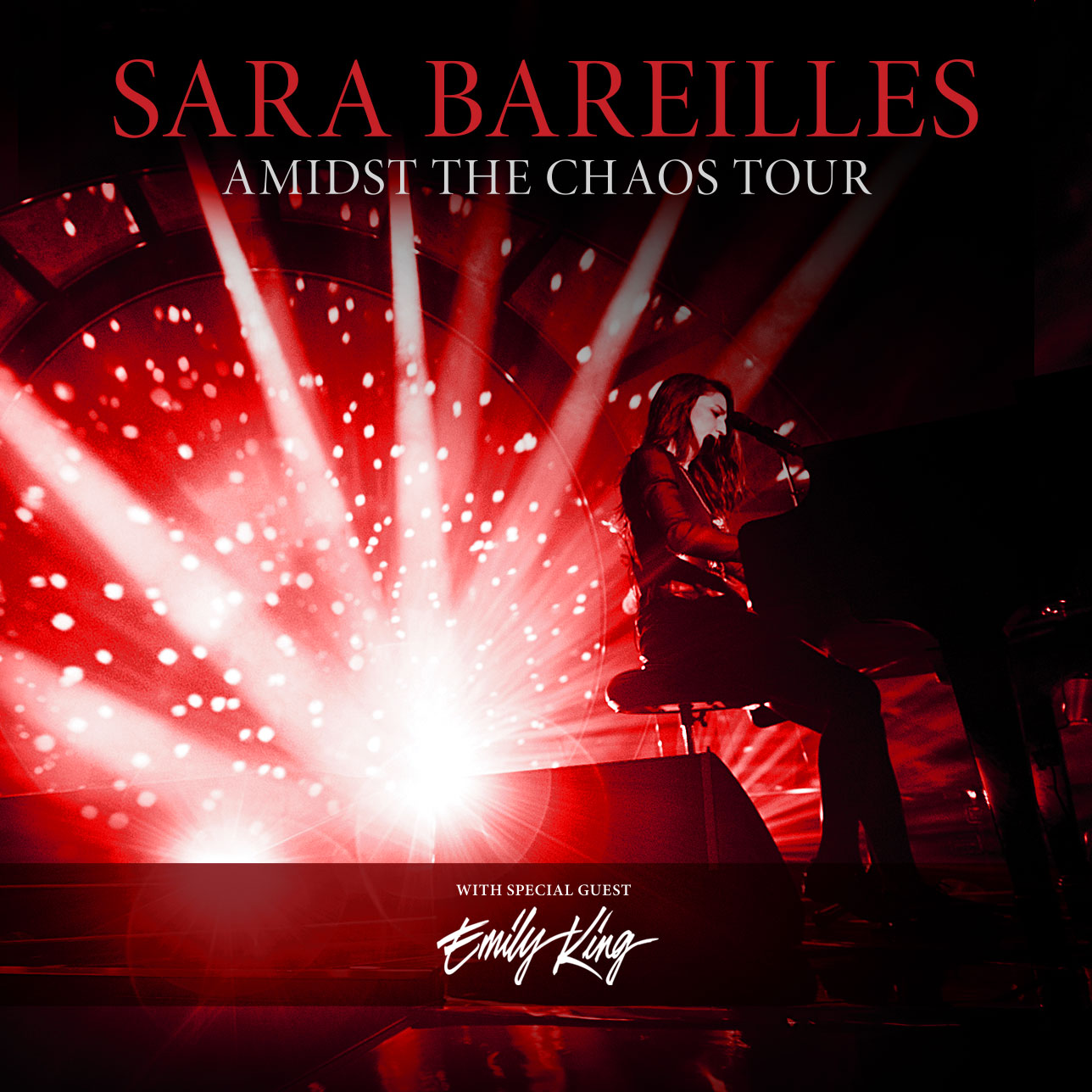 Grammy, Tony and Emmy award-nominated singer, songwriter, actress, and author Sara Bareilles has announced her Amidst The Chaos Tour. The tour brings Bareilles on the road in support of her fifth full-length album Amidst The Chaos  – with Variety stating it “establishes that there’s no one in contemporary pop better at flexing mezzo-soprano sensitivity and social empathy like a muscle. It’s the perfect album for anyone who could use a little fierce snowflake pride.” This marks her first album of original material since 2013.

Don’t miss her show at the Xcel Energy Center in St. Paul on Wednesday, October 16th!